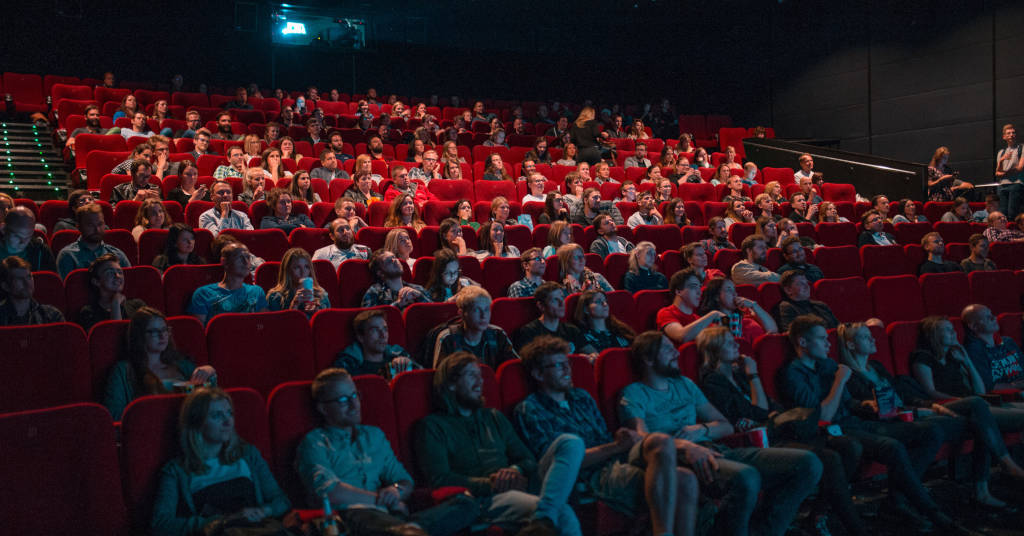 It’s easy to forget about proper movie theatre etiquette these days with Netflix allowing you to watch films right in the comfort of your home. Still, going to the movies with a bunch of strangers in public calls for a recap of these unwritten rules.

When you’re in the movie theatre, you should be mindful of how your behavior can affect the experience of the other patrons. Just start with enumerating your pet peeves that are most likely to occur in such a space. That will make you realize how imperative it is to observe respectful manners when in the movies.

There are so many sensitive theatre situations most people find difficult to handle. So we rounded up these cases and finally gathered the expert-approved courses of action for each.

Get there on Time

Make sure to arrive at the theatre before your movie starts. You don’t want to disturb the people who are already there enjoying the film.

Some people think that if they head to their seats carefully and quietly, it’s fine. If many people believe so, imagine how inconvenient that is for the already seated patrons.

Another thing to consider is the popularity of the film. In this case, be there in the theatre at least 20 minutes before the showing to avoid blocking the screen on your way to finding your seats.

Go to the Bathroom Before the Film Starts

Go to the bathroom before the movie to avoid going during the showing. You don’t want to risk blocking the view of the moviegoers.

However, it’s also inevitable to want to pee in the middle of the film, especially when you have a large drink with your popcorn. In this case, just duck down as you head to the restroom

You don’t have to worry about missing important parts of the movie as well. You can download the app RunPee, which informs you of the best time to take a bathroom break during a film.

The Right Way to Save Seats

We get that going to the movies on the weekends is the perfect family or group bonding. That busy time, however, makes saving seats a little faux pas.

Avoid saving a row for people who may or may not show up, or don’t have the courtesy to get there on time

Author of “Modern Etiquette for a Better Life”, Diane Gottsman

Gottsman also says that if your friends or family members have not yet arrived when it’s almost the start of the movie, you should let the seats go to the people searching for available ones.

Imagine being one of those patrons roaming around for available seats with a drink on one hand and popcorn in the other. So don’t hold onto those seats much, especially if you’re keeping a whole row.

Get off Your Smartphone

Nowadays, we just can’t seem to get off our phones. Transparent shower curtains with smartphone pockets are even sold on many online stores due to our addiction to this device.

When you’re in the movies, turn off your phone or simply put it on silent or airplane mode. Enjoy the entire film without interruptions or possibly irritating other viewers.

If you ever receive an urgent call, take it outside of the theatre. Even if you’ll pick up just to say one sentence, that still amounts to an hour in cinema life.

Refrain from texting as well because people beside or behind you might find your mobile phone display light distracting.

No Talking During the Movie

If it’s tactless to answer a call, it’s also as inconsiderate to talk in the whole duration of the movie. Whispers are fine, but you don’t have to make comments about every detail you notice in the cinematography or costumes, for instance.

Keep those thoughts to yourself for a good post-movie discussion with your friends or family. Saying “excuse me” audibly when you’re leaving for the bathroom is the only exemption from this rule, of course.

Don’t put other theatergoers in that terrible situation where they are prompted to report you to the manager or switch seats. It’s okay to express your delight in watching the film with your date, but you don’t have to do it in the way others would cause others to have a bad time.

Tone Down the Public Display of Affection

Friday nights are divided between families and couples. If you’re part of the latter category, then you have to consider the adolescents in the former group.

Do not make out inside the movie theatre. We know it’s a common thing for couples when going to the movies, but that can make others uncomfortable.

As much as the dark setting seems romantic, it’s also what influences people to think that you might be doing something beyond just kissing when they catch you on the act. That’s an appetite-killer for people who just want to watch the film.

Instead of causing them to leave, just literally get a room.

Chew with Your Mouth Closed

It is human nature to have an urge to shove big handfuls of food in your mouth when in the movies. Anyone who says it’s not satisfying is lying. However, many people do it in an annoying manner.

Imagine how many moviegoers will suffer from such a small thoughtless way of eating your food.

We live in a generation where babies and kids have become more unpopular. They are cute and all, but they are never going to be for everyone, especially film viewers.

Babies cry a lot and kids make noises or careless movements that can disrupt other people’s watching. Toddlers usually run around spaces like the movie theatre, which means you would have to go after them.

It’s already hard enough to go to the bathroom let alone chase your playful children around. Even if you’re watching a children’s film, only take your kids to the theatre under these conditions:

If you can’t take them with you, just leave them at home with a babysitter or have them stay over trusted friends or family. Take this opportunity as a break from parental duties.

Some Notes for Tall People

If you’re pretty tall compared to most people, take the initiative to sit near the back of the auditorium. Give way to average to smaller people who want to see the screen as fully as you can regardless of your seat.

This also applies to people with huge or high hair. Take off your hat when inside the movie theatre as well, especially if it’s the large kind (which doesn’t make sense to wear for the movies in the first place).

We know you don’t have any trouble getting a seamless view of the silver screen, but the rest of us surely do (and we’re quite a lot, too).

There are films that just make you want to talk about it over and over even right after seeing it. Now, calm down and avoid spilling all that excitement by discussing your favorite or most hated scenes as you’re exiting the theater.

Be a responsible theatergoer and avoid giving out spoilers. Wait until you’re way outside the cinema house.

You’ll meet viewers waiting in the lobby for their schedule that’s after yours. Don’t ruin the surprising plot twists for them.

Keep the admiration to yourself for a while. You have all the time after leaving the premises to dissect the whole film with your friends or family.

Clean As You Go

As mentioned above, eating when inside the auditorium is just more intense. So most of you might carry a bunch of snacks to avoid running out, which happens often to some.

Now, remember that the movie theatre is not a dark dumpsite with a huge screen for movies. Pick up your trash as you go. Put those wrappers, boxes, papers, and plastic bottles in a bag if you have one from when you bought your snack or just in the garbage bin outside.

There are movie theatre employees for this task, but they are just a few compared to the number of patrons coming in. They are also left short intervals to clean the whole place up without any missed spot.

Also, it’s just common courtesy to clean up after yourself wherever you are.

Recalling the proper manners inside the movie theatre just feels like being reminded of common sense, right? These courtesies are all based on not doing to others what you don’t want to be done to you.

That famous Confucius quote certainly goes with any situation. So go to the movies with the intent to have a great time, and you’ll definitely help other viewers have the same experience.