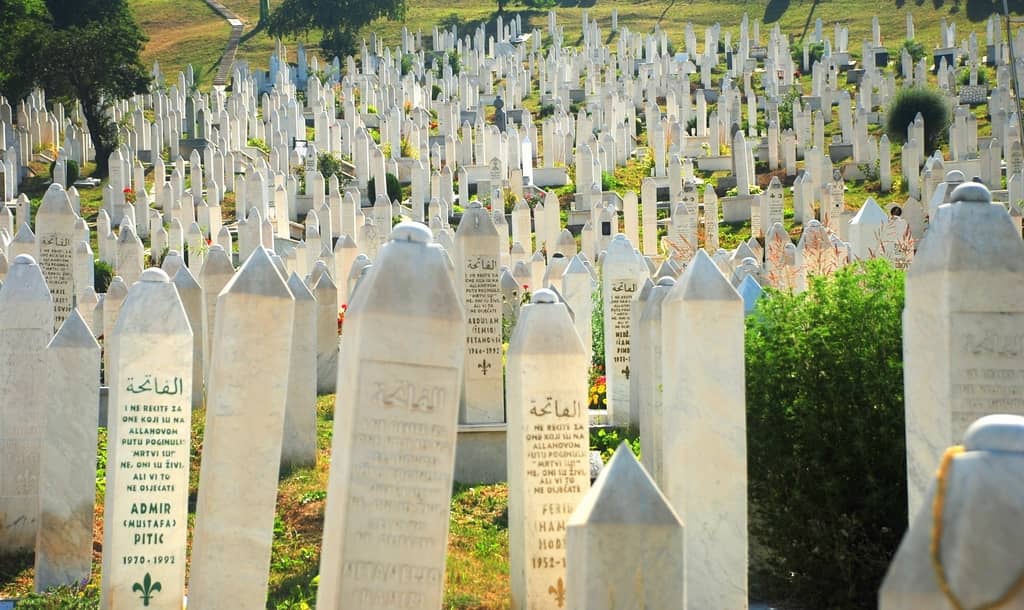 The Prophet Muhammad (Peace be upon him) prohibited the practice at some point, but he, later on, reinstated it. But did you know that there’s a proper way to behave around graves? We are going to focus on proper grave etiquette in this post.

Muslim scholars sometimes disagree on various matters of the Islamic faith. A bunch of scholars may argue in favor of a position, but another may hold a completely different opinion. However, in every case, there are explanations for favoring a particular position on an issue.

When the term Mandoob is used to describe an idea, it means Islam views that idea as desirable. As for Mustahab, it means the idea is one that Islam, the Prophet (PBUH), or Islamic scholars encourage.
Some hadiths reveal that the Prophet Mohammed at some point was against the idea of women visiting graves. There’s at least one instance where he cursed such women. But we need to understand the context in which the prohibition happened. The Prophet only had issues with women who exhibited one inappropriate behavior — visiting graves too often.

There’s evidence that the Prophet had no problem with women visiting graves. Three particular incidents reveal the Prophet’s position on the issue. In the first instance, a woman who’d lost her child cried and wailed at the child’s grave. The prophet encouraged the bereaved, advising her to endure. But clearly, he didn’t forbid her to visit her child’s grave in the future.

Another example is that the Prophet’s (PUBH) mother Amina Ninte Wahib (RA) visited her husband’s grave every year. When he was six the Messenger of Allah (SWT) accompanied his mother in one of the visits.

And in another place, Hazrat Aisha (RA) visited the grave where her brother Abdurrahman b. Abi Bakr lay. One of Prophet Mohammad’s (PBUH) companions saw her and reminded her that the prophet did forbid the practice. Aisha concurred with him, but she also added that the prophet had later permitted it.

Who May Visit Graves in Islam?

The Prophet (PBUH) explained that visiting graves softens the heart, makes people cry and reminds them of the Hereafter. That’s according to Anas bin Malik’s (RA) narration. And according to Abu Hurairah (RA), the prophet said to visit graves because doing so encourages one to reflect on death. As far as these narrations go, the advice applies to both men and women.

Did the Prophet of Allah (SWT) Ever Prohibit Visiting Graves?

Through proper teaching on Tawhid, the question of who was to be worshipped was permanently settled — only Allah. Once people embraced Tawhid, the Prophet (PBUH) once again allowed them to resume the practice. Tawhid is the concept that God is a simple, indivisible, uncompounded oneness.

Also, the death of the Prophet’s (PBUH) mother was an important factor. The prophet (PBUH)is known to have stopped at Amina’s (RA) grave on his way to Makkah and cried. He also made the people who were with him mourn her. Afterward, he permitted people to visit graves.

5 Benefits of Visiting Graves in Islam

There are many reasons why the Prophet (PBUH) encouraged visiting of graves. Here’s how the practice benefits people, both the living and the dead:

Now let’s jump right in and learn proper etiquette for visiting the dead.

It’s essential to learn what’s considered acceptable graveyard behavior and what’s not. Knowing the right thing to do demonstrates that you respect Muslims and the teachings of the Prophet (PBUH). It also eliminates the chances that you’ll come across as offensive or obnoxious. Muslim or not, here are guidelines to keep in mind:

1. Don’t Pray to the Dead — Only Allah is Worthy of Worship

When you visit a dead loved one, NEVERpray to them. Everyone in Islam agrees that only Allah should be worshipped. People should visit graves for only two reasons. The first reason is to remember that they, too, will join the dead someday. The second reason is to ponder the Hereafter.

It’s not proper to say that a specific dead loved one, a saint, or even a prophet is in paradise. Nor is it anyone’s place to say that a dead person went to hell. Only Allah (SWT) knows the truth. These two matters are not subject to argumentation or reasoning.

3. Yes, You Can Pray for the Dead Person

Sure, Islam allows praying for dead people. However, it doesn’t consider Duas said in a graveyard any more special than it does prayers made anywhere else. Allah (SWT) hears his supplicants regardless of where they are when they’re praying.

4. As You Pray, You Shouldn’t be Facing the Grave

When saying prayers to Allah (SWT) at a graveyard, it’s not proper to face the grave. Instead, one should be facing the Kabah in Mecca. That’s because the Prophet Mohammed (PBUH) forbade any kind of prayer said while facing graves. Actually, one shouldn’t be facing any other direction aside from that of the Kabah.

5. It’s Ok to Raise One’s Hands While Reciting a Dua

It’s permissible to lift one’s hands while supplicating at a grave. Sheikh Al-Albani explained that doing that is perfectly ok. Also, Aisha (RA) says the Prophet (PBUH)raised his hands while he prayed at a graveyard in Madina, Baquee A-Gharqad. Now if the Messenger of Allah did, it’s certainly permissible to those who follow his teachings.

6. We Must Treat Graves with Respect

Vandalism or destruction in whatever form isn’t permitted in a graveyard. No one is allowed to destroy a Muslim graveyard. Not unless the bodies buried there have decomposed and the bones become dust. That means you can’t even cut down a tree in a graveyard or damage it in any way.

7. No Structures Over Graves

No one may construct anything over a grave. The Prophet (PBUH) prohibited erecting buildings over graves. It doesn’t matter whether the building in question is a masjid (mosque).

However, some Muslim scholars have offered a different opinion on the matter. According to them, constructing a dome or a tomb over a grave may be permissible for certain people. It may be permissible if the dead person is a sheik, a scholar, or a ruler, his children, and wives.

But that should only happen if buildings are featuring the same architecture around the grave. That said, the intention should never be to show the dead person any reverence. Nor should it be a way to display wealth or prestige.

No one has permission to slaughter animals in a graveyard for whatever reason. The rules don’t change one bit even if one prepares the sacrifice to appease Allah (SWT).

Of course, slaughtering animals to appease the dead is disallowed as well. Sacrificing to the dead is tantamount to worshipping them.

Islam allows little to no wailing or excessive crying when visiting a grave. All forms of behavior that wouldn’t be considered calm and peaceful remain discouraged.

Scholars who argue that visiting graves is permissible for women also say they shouldn’t do it too often. One more thing: such women should always dress appropriately. Proper dress in that regard means not displaying one’s adornments.

Some Muslims believe that visiting the dead should happen every Friday. Others believe one should organize a visit whenever Ramadan, Lailat-ul-Qadror an Eid comes around.

In truth, there’s no “cast in stone” rule concerning this matter. When to visit a dead loved one is entirely a personal decision.

There are several practices people in various cultures consider ok. But some of these practices aren’t desirable or permissible in Islam. You do well to avoid those things when visiting a Muslim graveyard. Lighting fragrant sticks or candles is one of those things. So is kissing the grave or wiping one’s hands. The proper thing to do is to wash one’s hands.

Wreaths have no place in Islam. The religion teaches that laying a wreath on a grave is Makruh. Makruh means abominable or offensive.

It’s permissible for men and women in Islam to visit graves. Women must be in proper dress devoid of adornments. One may visit a graveyard any time they want — there are no hard-and-fast rules regarding the issue.

Praying to the dead, praising or condemning them, facing graves while praying, or slaughtering animals isn’t permissible around graves. So is the destruction of graves. Also, building structures over them except in certain circumstances isn’t desirable. Islam also frowns upon the lighting of candles or fragrant sticks, wiping hands, or kissing graves.

Knowing how to behave appropriately around graves increases one’s confidence and ensures you don’t embarrass yourself or offend others.