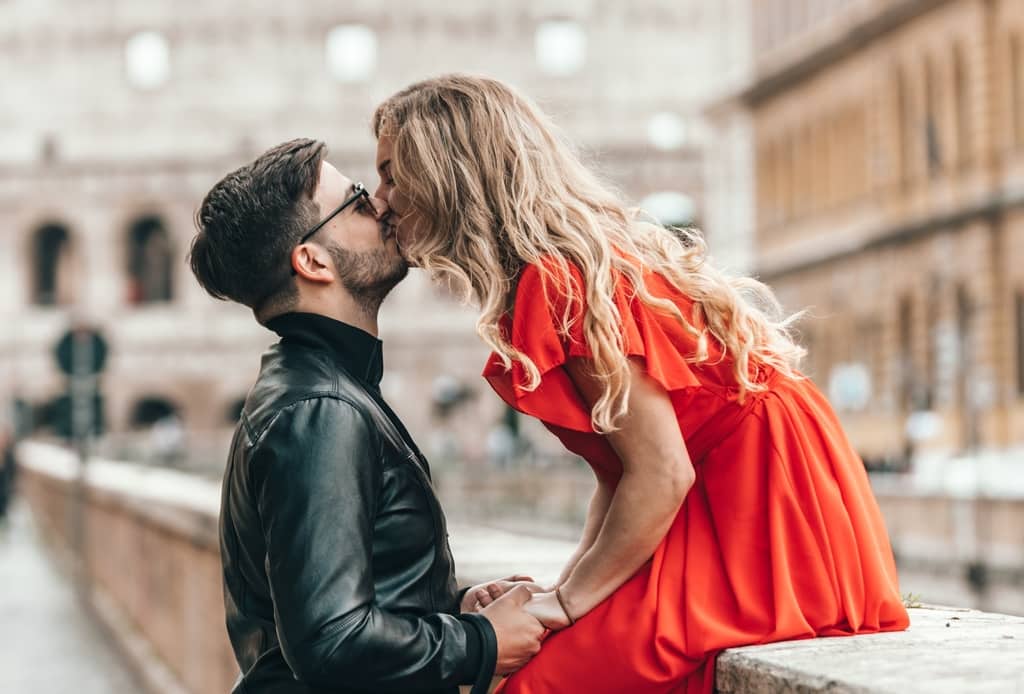 Dating can be a scary and terrifying thing for some people, especially when it involves dating a stranger in a completely different country across the world. Going across the sea to Europe and bedazzling someone as a foreigner doesn’t have to be as hard as it seems.

The size of Europe is quite vast. With so many countries existing between borders the dating traditions are going to vary when visiting different countries. It will be imperative to know the differences in dating etiquette when traveling from one country to the next when it comes to wooing your next sought out romantic date. We’ll cover as many countries as we can as we teach you how to use proper etiquette while dating in Europe.

Dating in Britain has a much more casual and relaxed feel to it. Everything is more laidback. Usually, dates take place at pubs and involve getting a little drunk together. Since dating is more lax, having sex for Brits on the first date isn’t considered that big of a deal, whereas in America a girl can be seen as “too easy” and could ruin her chances of being in a serious relationship later on.

Finding a date in Britain is pretty similar to the way it is in America. It’s not uncommon for people to use dating apps, speed dating and meeting through friends are all common methods of finding a date in Britain. They do however tend to date with people that they already know, even though it’s not unusual to use an app to find a date they typically try to date someone they already know and are somewhat interested in.

British men are less aggressive when it comes to asking women out on a date. The act of asking for a phone number isn’t a common occurrence unless there’s first an afternoon or evening filled with interaction together. Physical touch also happens less. Brits tend to altogether avert physicality when dating.

Like many of its European counterparts, France doesn’t have a word for date. They say Rendez-Vous (appointment or meeting) and they don’t put much importance on the formalities of dating.

As a man, if you want to ask someone on a “date” in France you would simply invite the lady you’re pursuing to go on a walk. Kissing and showing affection is seen as something big in France. If you kiss someone it shows that you’re definitely interested. If you kiss three times or more, it’s considered common knowledge that you are now exclusive (this isn’t three deep passionate kisses either, and any three types of kisses will suffice). One kiss can mean a lot more than you think when in France, so be wary.

French people tend to be a lot more frank when letting you know what they think. At first, this might be hard to get used to, especially if you’re out on a date and the first thing you hear is how awful the outfit you chose was.

The world of online dating is becoming more and more popular no matter what country you’re in and the same goes for Germans. Although, they tend not to take meeting someone online as serious as finding a partner in real life. Many of the dating customs in Germany are the same as in the United States.

When Germans go on dates they don’t consider dating as something you do with multiple people, they will often find that very offensive. Although online dating apps are getting more popular in Germany, the typical way to date is through a circle of friends and getting to know each other by hanging out and developing something romantic naturally.

Age is something that isn’t a substantial deal in Germany when it comes to dating. It isn’t uncommon to find men dating women much younger or older than them.

Being late when picking up your date is considered extremely bad etiquette (this goes for any appointment or scheduled meeting). Punctuality is essential to staying in someone’s good grace, so if you tell her parents you’ll have her home by a certain time, make sure you keep your word.

Dating in Italy has a much more “old fashion” sense to it. Guys are expected to open doors for their counterparts as well as foot the bill. Tinder has become a lot more popular for meeting people and is often considered the best approach to the dating world (that or getting drunk alone at a bar).

Expect your date to be late. Ten minutes late is the norm for most Italian people when it comes to punctuality. Typical first dates are usually done over aperitivo which is basically a pre-drink (alcoholic) and a small bite to eat (appetizer) before you go on a more formal dinner. This is a great way to see if there’s a connection or not and if not you can say you already have plans for the evening.

You should always dress to impress when dating in Italy. Both Italian men and women are keen on how their potential partner looks. Not that they’re shallow, but looks are pretty significant when looking for a significant other most all around the world. Men want a gorgeous looking woman that can do household chores plus has a nice physique and women are interested in meeting a man who’s good looking, full of charm, chivalry, and has financial security.

In Italy, most young people are still living with their parents. This can make it a bit difficult when trying to bond with someone who has never lived independently unless you’re accustomed to always being with them around their parents.

If you get introduced as a fidanzato (fidanzata for women) consider it a big deal. This means that your relationship has grown to the next level. It usually means that you’re now boyfriend/girlfriend, although, it can also mean you’re engaged so take that into careful consideration.

Much like all the other countries, it’s quite easy to find dates online, mainly via Tinder. Other choices to meet people of the opposite sex in Spain would be the nightclubs, bars, or even English centers.

Like France and many other countries in Europe, there’s no word for dating. The expression they say is salir con alguien (go out with someone). Most men and women who are under thirty still live with their parents. If your date asks you to meet the family it’s considered a big deal and you should be prepared to meet everyone in their family.

If you’re invited to meet the family saying no would be considered very rude as would not bringing anything with you when you come to meet them. If you’re a female bring some dessert, or some wine, and make sure to ask his mother if she would like any help in the kitchen.

The world of dating in Poland is a lot like in America except with better manners. The women expect you to open the door for them, pay the bill, and bring a small gift when arriving on a date. Polish people are quite frugal so there’s no need to buy them anything extravagant. Something simple that shows you were thoughtful is all you need to bring the next time you meet a lady on a date (just avoid giving yellow flowers, they symbolize betrayal and envy).

Since manners are so important, make sure to ask questions about their education, interests and/or job. Don’t kiss them on the hand the first time you meet them, as that is something the older generation did and the younger generation view it as old-fashioned.

If you drive, make sure to offer him/her a ride home. However, keep in mind they have zero tolerance for drinking and driving in Poland. If you didn’t drink, you should drop them off or walk them to the nearby subway or bus stop. Not doing this will show that you weren’t interested and the date went poorly.

Dating in our country is difficult enough. Trying to date in another country offers a world of new problems we might not be accustomed to. Taking the time to do some research on the new country you’ll be traveling to will get you a lot further when dating someone than if you stick to your standard idea of what dating should involve.

Since Europe has a lot of countries bordered together you should do your due diligence ahead of time and fully research the ins and outs of dating in that country. That way, when you cross the border to find your next dream date you’ll put yourself in a much better position to be successful.