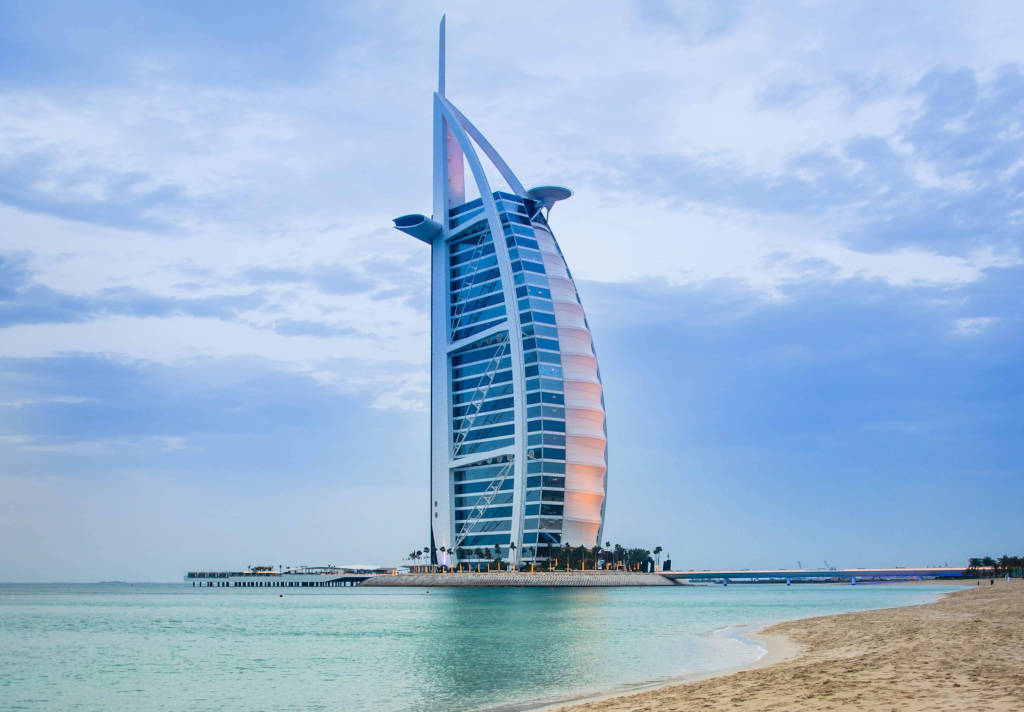 Whenever traveling to another country it’s always imperative to know the etiquette and customs of the place you’re traveling to. Not just so you don’t get into trouble and accidentally get arrested, but also so you open doors and build relationships that can help you experience the country like most other foreigners won’t be able to.

There are quite a bit of different nuances to learn no matter what country you’re traveling to. If you’re traveling to the United Arab Emirates (UAE) then we’ll be able to help you learn all the do and don’ts of using proper etiquette behavior. We’ll teach you how to correctly greet people, what type of clothing should be worn, what common practices could get you arrested, and many other cultural and etiquette rules.

How to Say Hello

When you are greeting someone the correct way to say hello is Salaam Alaykum, which means “peace be upon you”. The correct response would be Alaykum Salaam meaning “and unto you peace”.

Never use your left hand when shaking someone’s hand, in the UAE the left hand is viewed as being used for bodily hygiene and considered unclean. This also goes for whenever giving and receiving any items and anything else you can think of. Always use your right hand when eating, touching, accepting, or passing anything to/from another person.

Also, the style of handshake in the UAE is much different from its Western counterpart. You shouldn’t use a typical firm handshake that you’re accustomed to. When greeting a group of men, greet from the oldest to youngest. It’s much better to have a soft approach when shaking hands.

You might want to practice this a few times if you’re someone who’s used to firmly gripping the hand when shaking hands.

Don’t shake hands with women, unless they extend their hand to greet you first. If you’re a woman, don’t assume that because you extend your hand as a friendly gesture that it will be received that way. Some men might take offense and outright refuse to shake your hand. It’s ok for females to shake hands between themselves.

PDA is not something that’s tolerated in the UAE. Holding hands can bring a lot of attention to you and it’s definitely not ok to kiss or hug in public. It’s unaccepted socially as well as it is against the law. Remember that anyone can call the police and report what they saw so make sure to be mindful at all times. Basically, avoid all public physical contact with a woman if you’re a man.

Never enter into an elevator if you’re a male and you see a woman who is alone by herself. Make sure not to compliment or stare at any females.

Sexually relationships outside of marriage are against the law and you can be sentenced to prison for this. This also applies to sexual harassment of any kind, it’s not tolerated. You should always show respect and general courtesy to women.

Sharing a hotel or living together as an unmarried couple is strictly forbidden in the UAE. Many of the larger international hotels won’t check for marital status, just make sure to call the hotel first and check to find out the rules before you book a night to stay.

Always dress as modestly as possible whenever you travel to the UAE. If you’re unsure about something, err on the side of caution and don’t bring it. You may even be approached by locals (colleagues, security guards, etc), and if they consider your clothing apparel inappropriate, you should remain calm, politely apologize and head back to your hotel and immediately change your clothes.

This will be one of the fastest ways to land in jail. Don’t do it.

Keep the Noisiness Down

In the UAE, it’s important to always respect other people’s space. Always be gentle and calm when dealing with other people in public, don’t blast your music, have loud conversations, or drink in public. A lot of places it’s forbidden to have any type of loud music or dancing in public.

Don’t take pictures of anyone without first asking for their permission. This is a very sensitive issue in the UAE.

While in some countries it’s a common occurrence to litter on the ground and socially acceptable to spit in public, these are considered offensive in places such as Dubai and you can be subjected to being fined.

Never drink or display drunken behavior while in a public place. There are designated areas for drinking (bars and clubs, licensed restaurants). They have a zero-tolerance policy for drinking and driving so if you know you have to drive, don’t touch a drop of alcohol.

Don’t drink at a restaurant if you’re with locals and they aren’t drinking. Never offer pork or alcohol to any of the locals almost all of them are Muslim and it’s something they do not participate in.

Careful with Your Language

Don’t use the F-bomb in public. Speaking offensively and using rude hand gestures is considered extremely rude and you can be imprisoned/deported for this offense. A lot of hand gestures we’re accustomed to can be considered highly offensive in certain parts of the UAE.

While generally considered an obscene gesture by most people, in the UAE you could face a large fine and go to jail from three months or up to three years.

Pointing at someone or telling them to come to you by pointing your finger and curling it can be considered extremely rude. When you point at someone it’s taken as you singling them out or laughing and making fun of them.

Pointing With the Sole of Your Foot

Giving gifts in the UAE is a very common practice and quite part of their culture. Flowers and high-quality chocolates are always a nice gift. If you’re visiting someone’s home you should bring presents from your home country and something small for the children if there happens to be any.

Don’t Admire an Item Too Much

It’s ok to compliment something in someone’s home, but don’t pay too much attention to it. If you continuously show admiration of the item they could feel obliged to offer it to you as a gift. Refusal of accepting a gift can also be considered very offensive to many people in the UAE.

Always accept any food or drink that’s offered to you. After you’re done eating, leave a little food on your plate to let your host know that you’ve had enough. If coffee is served after a meal, it means that it’s a sign for you to leave soon.

If you’re eating at a restaurant with locals, order one plate for everyone to share off of. Don’t order a plate just for yourself.

Check Before You Visit

If you’re visiting the UAE, make sure to check if you’ll be visiting during Ramadan. The calendar works differently there so it’s not the same time every year like we’re used to having our holidays. If you’re visiting during Ramadan don’t eat, drink, or smoke outside during the daylight hours. This is considered very offensive and you can be fined 2,000 AED (around $550) and receive jail time for breaking this law.

This isn’t just for entering mosques, you should also remove any footwear when entering into an Arabic person’s house.

Wear loose clothing that covers your arms, shoulders, and legs. Females should wear a scarf and they’ll usually have scarfs to purchase at the mosque.

What Not to Do

Try not to make much noise while you’re inside the mosque. Don’t eat any food while inside. Don’t disturb anyone who’s praying, stand to close to them and/or walk in front of them.

While we might think it to be a good cause, it’s something that should be avoided. Promoting charities on social media without first acquiring permission from the government can have you arrested and sent to prison and/or deported.

Showing your dismay or conducting large gatherings of people to protest the royal families or the government will easily get you arrested, deported, and most likely banned from ever entering the country again.

It’s safe to say you shouldn’t ever say anything bad about Muslims, their religion, the government, or their laws while you’re in the UAE.

If you want to be more welcomed in a country, learning to say a few phrases will go a long way and you’ll be perceived as much more welcomed.

Insh’allah – “God willing” and is used quite liberally. It could be considered the equivalent of someone saying yes.

Al hamdulillah – “thank be to God” and is usually heard when something goes very well.

It’s important to research any country before you decide to visit. Making an ordinarily regular action can be viewed as entirely different when you travel to a different part of the globe. We covered most the etiquette behaviors and cultural differences for you so you don’t have to any more research but if you’re ever unsure about something, always err on the side of being more conservative.