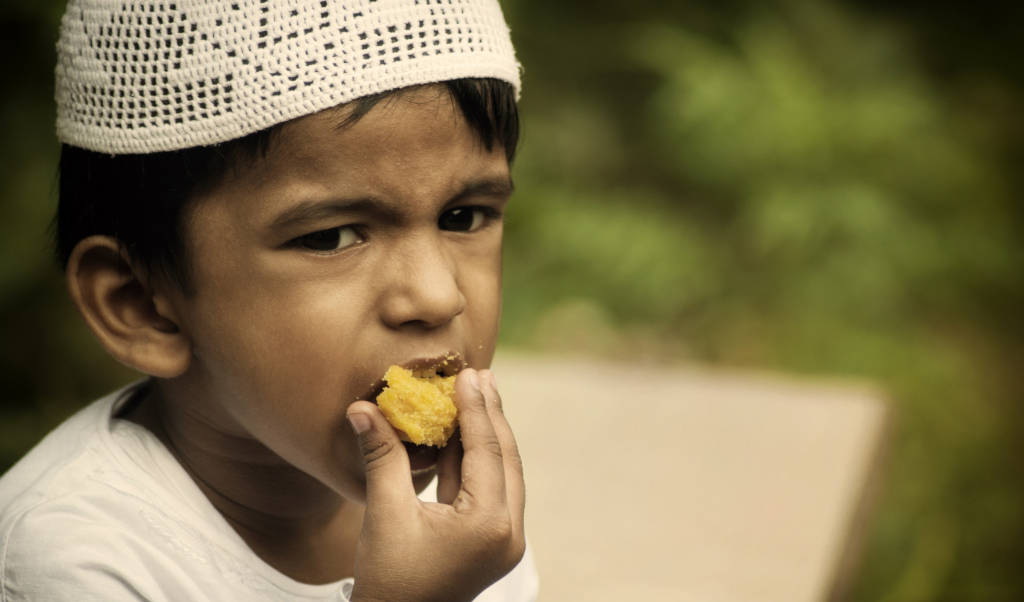 Eating is an activity that plays a critical part in human existence hence different eating manners have evolved and had since become an essential part of life. Practically every person follows certain eating manners or ethics in life as shaped by family, ethnicity, national culture, socio-political conditions, religion, and other factors.

Islam, the fastest-growing yet one of the most misunderstood religions in the world today, also adhere to certain ethical practices when it comes to eating. From saying before-and-after prayers, washing hands and eating with your right hand, Muslims have several eating manners that the faithful strongly observe. Some of these eating etiquettes, however, have confused some people which we will try to address to enlighten them.

Humans used their hands for eating since time immemorial. God has designed the human body perfectly to be capable of working its own survival. One function of the hand is for picking up food and putting it in the mouth. Thus, eating by the hands is perfectly logical and normal. What is uncommon is to use your feet to feed yourself. It is only when western countries invented and spread the use of spoon and fork a few hundred years ago that the idea of eating by the hands becomes an alternative. Because the use of spoon and fork has become the modern convention in western countries, some people suddenly find eating with hands strange or unusual.

Eating with Hands in Islam

Eating with hands among Muslims is the traditional way they eat their food in as much eating with hands is the traditional way all humans eat their food regardless of religion, ethnicity or any belief. Based on this premise, eating with hands in Islam culture is neither good nor bad. It is merely a neutral act that can be performed free from any prejudice or any moral consequences. Despite the popularity of dining utensils including chopsticks, the use of hands for eating remains common not only among Muslims. Many people from Africa, Asia and India still use their hands for eating. Unfortunately, some people tend to fall on timeworn cultural prejudices subtly implying that eating with hands is unsophisticated as against using a spoon and fork.

Eating with Hands to Observe the Sunnah

Along with the Koran and the Hadith, the Sunnah is an important source of Sharia or Islamic law. The Sunnah pertains to the traditional social customs of Islamic people that have been passed on from generation to generation. These practices have been part of the old age wisdom by their ancestors. This is why Muslims are somewhat stern in conforming to their old traditions.

Among the Sunnah’s directive when it comes to eating is to eat with three fingers. According to Ka’b Ibn Malik, the Prophet was accustomed to eating with three fingers and licked his hand before he wiped it. More specifically, these three fingers are your thumb, index finger, and middle finger. Incidentally, these fingers are also the most ideal way to pick up food and put it gently to our mouths. In compliance with the Sunnah, the consistent way for Muslims to eat is by using their hands. In this sense, eating with hands is good manners in Islam culture because it facilitates the fulfillment of the Sunnah. You obviously cannot observe the use of three fingers if you are using a spoon and fork to eat.

Eating with Spoon and Fork Is Not Wrong

While using your hand to fulfill the Sunnah is ideal and good, using a fork and spoon to eat is not absolutely bad. Some fundamentalist Muslims may interpret and compare the use of fork and spoon as the same as the conceit of Kuffaar or an infidel, but this is not really the case. Else, it would be tantamount to condemning all people using fork and spoon as an infidel, which is far from being Islamic. Muslims also accept modern innovations and finds it admissible to use dining utensils to eat. After all, there are certain types of food and modern meals that should ideally be eaten using a spoon or fork because it would be difficult to eat them using your hands.

Eating with Hands with Muslims

When in Rome, do as the Romans do. This proverb essentially means that it is judicious to observe the conventions of the place or the people that you are with. In the same manner, it would be sensible for a person, a non-Muslim for instance, to eat with their hands, when he or she is eating in the company of Muslim friends and colleagues who are all eating with their hands. It would be more ethical if a person would follow the practice to show courtesy or respect. It is rude too if you are inconsiderate and insensitive to the feelings of other people or if you obliquely demonstrate that you find their practices odd or somewhat primitive. In which case, eating with hands in the company of Muslims is good manners.

Advantages of Eating with Hands

The implicit instruction from the Sunnah to use the hands when eating is not something formulated arbitrarily from the whims and caprices of ancestral Muslims. Science has started to discover the healthful benefits and advantages of eating with hands. First of all, eating should be treated more than just an ordinary activity to survive. It must be performed to experience full sensory stimulation which can only be achieved when using your hands. The sensation of food when touched by the fingers also stimulates juices in the stomach for better digestions. Eating with hands also facilitates the eating of food in the right portions. The size of your hand is in proportion with the size of your body. Thus, eating with your hands has a natural inclination to manage and control the right serving for your body.

Moreover, some studies reveal that eating with spoon and fork tends to contribute to faster eating, which in turn promotes binge eating, overeating, obesity or even type 2 diabetes. Using your hands to eat on the other hand allows you to eat food at the right phase thereby allowing you to digest food better, control your food intake, and prevent you from overeating, getting overweight or experiencing blood-sugar imbalances due to hasty eating. It goes without saying that eating with your hands is one way to go on a diet or stay lean and fit.

Finally, eating with hands is actually more hygienic. You know very well how clean your hands are before you eat because you wash them yourself. Unlike the spoon and fork that is normally handed or set on the table, you have no first-hand idea if these utensils have been properly washed.

Eat with Your Right Hand

If there is something that can go wrong when eating with your hands in Islam culture, it is when you eat with your left hand. All Muslims are commanded to eat with their right hand and not with their left hand. If you’re left-handed, you are still advised to use your right hand. After all, eating is a normal act which one can perform even if your left hand is more dominant. Eating with your right hand is not difficult to practice if you are left-handed. People who don’t have a right hand due to an accident, medical amputation or inborn defect are exempted for obvious reasons. They only have their left hand to use for eating.

There are practical reasons why Muslims eat with their right hand. One such rationale is for sanitary purposes. Most people normally use their left hands for washing after taking the toilet or taking off their shoes, among others. Thus, it is advised for them to use their right hands to eat food. There is also the advantage of uniformity, which especially applies among Muslims who eat together and not separately. When everybody eats with their right hand, they can position themselves on the table in the same direction avoiding collisions and bumps against one another.

More than these practical reasons, however, eating with the right hand was explicitly stated in the Hadith, a collection of words and actions that are implicitly approved by Prophet Muhammad. The Hadith of Umar Ibn Abi Salamah, says, “I was a boy under the care of Allah’s Messenger and my hand used to go around the dish while I was eating. So Allah’s Messenger said to me, ‘O boy! Mention the Name of Allah and eat with your right hand, and eat of the dish that is nearer to you.” Since then I have applied those instructions when eating.”

Other Sunnah on Eating

Aside from eating with your right hand, mentioning the name of Allah and eating the dish nearer to you, the Sunnah also contains other directives that guide Muslims when eating. This includes praising Allah before and after meals, eating together, closing mouth when eating, refraining from criticizing food and hastening to eat, eating more than what you can take, and washing hands before and after eating. Many of these table etiquettes are similar to most other manners of other people demonstrating the universality of these principles.