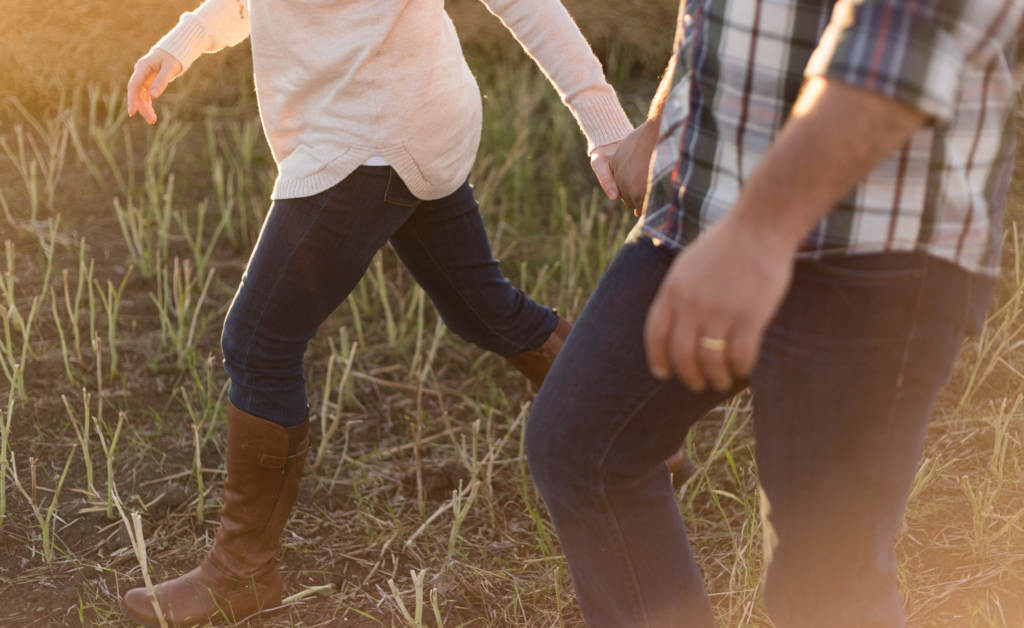 It is highly likely that your friendship with a male friend will take a new twist after he gets married. Building and maintaining a strong affinity with a married chap without raising suspicion and judgment can be a tad overwhelming. Gladly, you can include your friend’s partner into your social circle to prevent cutting ties with him and help maintain the friendship.

Understand that unlike dating, marriage is a traditional institution that demands a whole new level of respect, trust, dedication, and consideration. Try to keep your expectations low and respect his boundaries as soon as he puts a ring on it.

Today, we’re going to share some quick etiquette tips for being friends with a married man without raising curious eyebrows.

1. Have His Partner on Board

Forget the good old days when you used to grab lunch or attend Tuesday Movie Night together. He’s now married, and his partner needs to know about your existence

Befriending his spouse is a sure-fire way to maintain the friendship without putting his marriage at stake. Of course, there should be no problem with having his spouse on board if the relationship isn’t romantic.

You should expect no significant changes in your friendship if your relationship with a married man is genuinely platonic. Otherwise, your friendship is likely to come to a halt if his better half perceives it as a threat to their union.

You’ve got to define boundaries and understand the difference between flirtation and friendship. When a dude walks down the aisle, his wife becomes his major relationship obligation and immediate family.

Appreciate that he has to maintain certain boundaries and limitations with you to avoid causing any harm to his marriage. He has to uphold the foundation of trust and intimacy for the marriage to flourish.

One of these boundaries defines the time you can meet and see each other. You cannot expect to have your married male friend come over to your house at odd hours unless you have feelings for each other. Learn to respect his limits and never complain about his wife because he has to be loyal to his marriage.

The family unit is an integral part of every married man’s life and will take up most of his time and attention. Understandably, you were too close with him when he was single, but now he has to maintain loyalty and responsibility toward his family.

Never expect him to spend the whole afternoon with you the way it used to be when he was a bachelor. He now has more important responsibilities to take care of, including spending time with his spouse and children.

Lower your expectations to accommodate his new chapter of life irrespective of how close you both are as friends. You might want to spend a weekend with his family if you wish to, instead of enjoying it alone with him. Give him the time he needs to do his duties as a married man.

4. Embrace His Better Half

Learn to embrace his wife and never complain about her or call her names. Make an effort to understand the love of his life, and allow her to learn more about you too.

Complaining about his better half in his presence is likely to jeopardize your friendship, especially if he truly loves his wife. A man who is loyal to his wife will do anything in their capacity to defend their better halves.

So, steer clear of negative opinions about his wife if you don’t want to put your friendship in a compromising position. Respect both of them in equal measure to keep the comradeship intact without crossing lines.

Your married friend may not always be there for you because of the new responsibilities he now has. He’s evolving by the day, so you’ve got to grow in your little ways too.

It’s probably the best time for you to go out there and make new friends outside of the previous circle. Give him and his new family some private space by having an entirely different social group to keep you company.

Keeping in touch casually and upholding a meaningful friendship with a married guy is possible, but it’s also respectful to branch out so he can have quality time with his spouse. Seek out new friends, develop a bigger social network, and get your own romantic partner to make your life as fulfilling as you may want.

Sometimes you may offend your friend’s partner without even realizing it. For instance, assuming you went out for lunch with this male friend, his family, and a handful of friends.

Then you engage in excessive physical contact with him while having a conversation. You may think this is natural because you’ve been holding each other too close throughout your school days.

And even though you have no romantic intentions, these gestures might offend his wife. So, if your friends caution you about certain things you might be doing involuntarily, listen to them and change your ways. Understand that your wife’s friend might misconstrue your intentions and, in turn, cause unnecessary trouble.

7. Make Inquiries When Not Sure

We are all human, and human is to err. Sometimes you might make mistakes without knowing whether the two of you are crossing the red line.

Invisible or hard-to-see lines are everywhere in this fast-paced life. And when you come across such lines, the best thing to do is to seek clarity to avoid repetition of the same.

Asking questions might be one of the scariest and uncomfortable conversations you’ve ever had, but you should be mature and honest enough with each other. Acknowledging and rectifying a slip-up is better than repeating the same over and over again without caring to fix past mistakes.

8. Know When to Communicate

Out of courtesy, there are hours of the day and night when calling or messaging your male friend is unacceptable, unless there’s an emergency. Contacting your married friend between 10 p.m. and 7 a.m. is generally forbidden.

Your male ally will probably be enjoying quality time with his spouse between these times, so it’s in your best interest to avoid interrupting them. Unless you’re in a life and death crisis, it’s best to avoid calling or sending him any text messages.

Late-night talks were acceptable when he was single, but when you call him at 3 a.m., you’re putting him in a difficult situation, and he might have some explaining to do.

9. Be a Shoulder to Lean On

Try not to bash your married friend’s partner. Stay away from any fights between him and his wife, whether you have differences with her or not.

Be a shoulder to lean on, and never engage in actions that would anger your friend’s other half. Listen to their concerns and try to solve them without taking sides.

If you’ve got any genuine concern, share it with eloquence and respect. You’ve got to act maturely and exercise caution with every word you say.

10. Let Them Have Their Space

It’s vital to give your friend and his new family some space even if he wants you to hang out with them every moment. He might not see the reason for your avoidance, but his spouse will appreciate it.

Remember, you’re just a friend and not his life partner. He needs to have private and quality time with his partner without you being in the same equation.

Think about what you want out of this friendship. Do you want an entirely platonic friend of opposite gender whom you can mingle with once in a while?

Or you simply want to rob your friend of the time he would have otherwise spent with his family to gratify your ego? Think about the nature of your friendship. Is it fruitful or meaningless?

Setting a clear intent helps set boundaries from the word go. You’ve got to be extra careful around each other to avoid arousing weird emotions between each other, especially in situations when the two of you are drunk.

12. Put Yourself In His Wife’s Shoes

Ask yourself how you’d feel if your husband was engaged in a friendship with another woman. Would that make you mad, jealous, or happy?

Now, consider how your married friend’s wife feels when you go out for drinks with her husband – and without her. Does she know about the times you hang out together?

Putting yourself in her shoes allows you to set clear boundaries in your friendship with the married man. Imagine how she would feel if you ever crossed the lines and took your friendship a notch higher behind her back.

No one would want to lose a friend. Friends are to be treasured because they mean a lot to us. However, quitting is the best thing to do if the friendship isn’t as innocent as you thought.

You might be trying hard to suppress your physical urges, but some emotional gray areas will always be there to compromise your conscience.

If this is the case, you might want to let go of this friendship for good. It will be hard and painful to leave, but just end it if you feel a strong urge to sin. Ethical friendships will always triumph, no matter what.

Any successful marriage calls for healthy inputs from truthful and righteous people. Balancing friendship with the intimacy of marriage can be a challenge, but not when you have a friend who understands you.

A true friend knows that marriage is a valuable thing, and should, therefore, be protected. This is the kind of friend who shares in the happiness of marriage and does everything in her power to respect and maintain it.

It might take a little effort and commitment to navigate through platonic friendships and get used to them. Nevertheless, the above etiquette tips for being friends with a married man will help you maintain a proper friendship without jeopardizing his union.